Did you know? Changing an insurance claim. 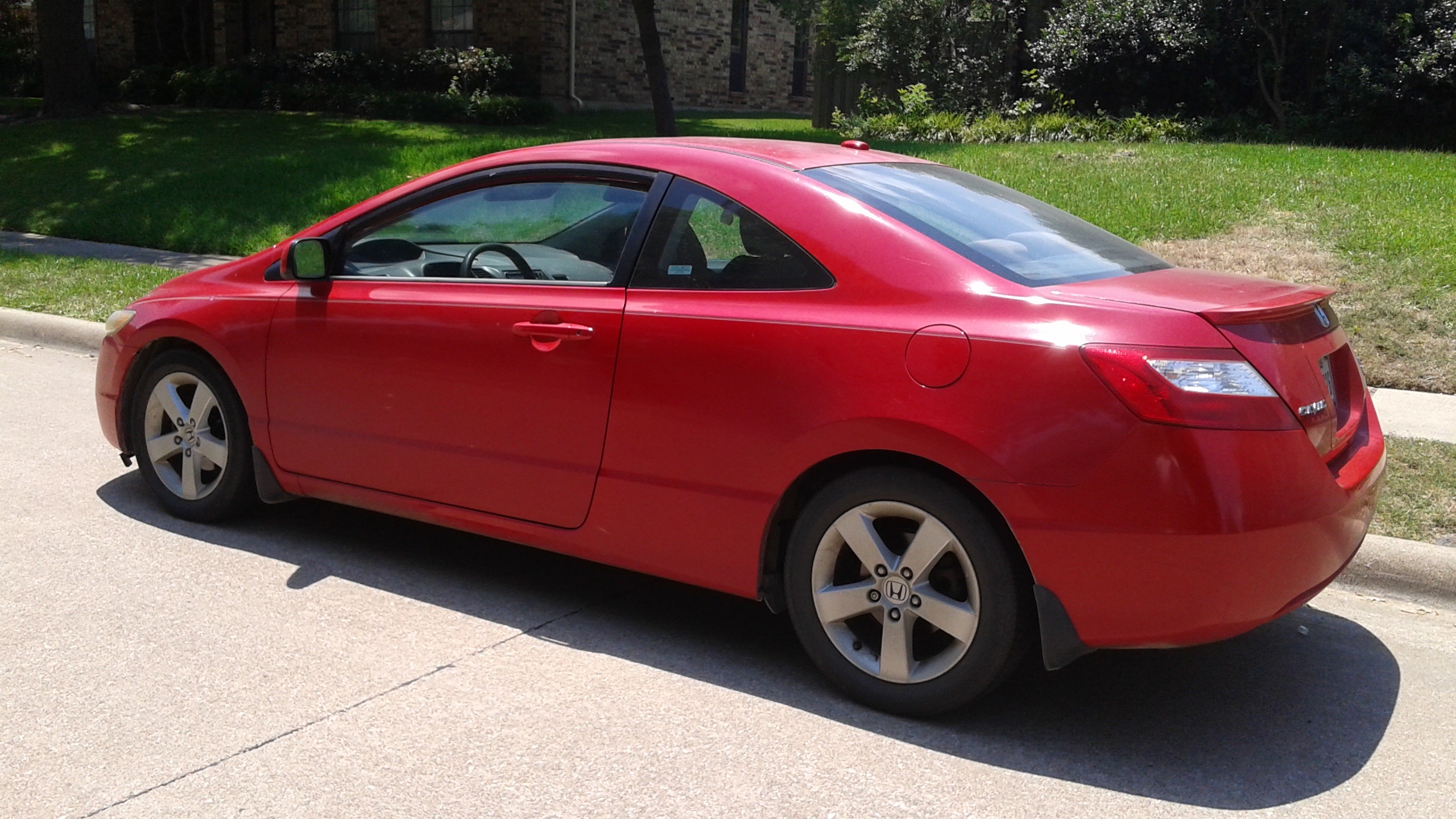 Did you know you can change a claim, after you think you have settled?  I didn’t.  Check this out.

Remember the hail storm that hit the north Texas area late March?  It didn't last long, but the damage was immense.  We have had hail storms in the past, but none as intense as this. My home was hit hard.

My 2006 Honda Civic was parked in the street that night and it took a beating. It wasn't long afterward that I decided to take my car to Progressive's (my insurance company) auto damage command center in Richardson on the SE corner of Frankford and Preston.  It took about 45 minutes for the adjuster to assess my car.  It was a complete loss.  The insurance company said that the car had so many miles on it (over 240,000) that its market value wasn't very high and that the cost to repair all the hail damage was in excess of its value.  Even after the storm, the car looked good from a distance (above).

Consequently, I was given two options:

1) receive a check for about $2K and keep the car,

2) release the car to Progressive and receive $5K.

I decided to take the $2K and keep the car.

As I started to look at my car more carefully, I noticed chips on one of the brake light lenses.  I also started noticing more dimples on the body.  I then found a hail impact below the windshield wiper.  .  The windshield had what looked like an impact crater.  As the weather turned warmer and I continued to drive the Honda, cracks started to appear originating from the impact crater.  At first, there was just one crack a few inches long, Over a few days, others appeared.  Within 2 weeks there were several cracks some over 12 inches long!

I continued to drive my Honda for over a month and on a whim decided to look at other automobiles.  I went to Toyota of Plano's pre-owned sales center where Wayne Brandon, a friend of mine works.  Wayne asked me what I was looking for and we toured the lot considering my options.  He introduced me to a lovely 2 door Infiniti coup which had been traded in that weekend. It was a significant step up for me.  I asked for a price on the automobile and learned that my Honda's trade-in value would be a generous $500.

This got me thinking.  I had received approximately $2,000 from Progressive, and kept the car.  Yet Progressive had valued the car at $5,000.  I started to regret I had not opted for the $5,000 and gave up the car.  Darlene, my wife, suggested I go back to Progressive and say I changed my mind.  I thought that was a ludicrous idea.  I told her that I had settled for the $2K and I was confident it was final.  Darlene patiently suggested I call anyway.  I contacted my insurance agent first, John Reading at Reading Insurance and he didn't think it was likely, but also encouraged me to call Progressive and see what they said.

I called Progressive and explained that I had filed a claim and taken $2K and kept the car, but now, over 30 days later, had changed my mind and wanted to accept the $5K and release the car to them.  To my surprise, they immediately said that many people make this decision and asked when would I be ready to release the vehicle and receive the balance? I wasn’t sure the representative understood, so I repeated that I had already taken a payout.  The representative explained that she understood and that Progressive realized that people often make this decision once they learn what it cost to repair the damage to their vehicle.  The representative then proceeded to make the necessary arrangements.

Within a couple of days, Abigail, from Progressive, met me at the Toyota Pre-Owned dealership and collected my title information, a date for the Honda pickup and gave me a check for the balance.  Wow!  Was I impressed.

I had no idea that this was possible.  Thank you Darlene for the suggestion.  I am now a proud owner of a newer, more luxurious automobile!